I went to Starbucks on the other side of town to meet a customer for a dinner meeting. The customer was located about an hour outside of town in a swamp filled with crocodiles. We agreed to meet at Starbucks. At 6PM. He didnâ€™t show up and I didnâ€™t have his cell phone. So I started talking with this American guy named John (real name not used to protect the guilty).

John was from Wyoming (again, not really, but I donâ€™t want him to know Iâ€™m righting about him). He was smoking heavily and reading a text book. I asked what are you doing here. He said he is leaving for a place- he didnâ€™t know where- in two days to start teaching English. He then started to talk and talk and talk and not listen to anything I said. Which made me not very interested in talking to him.

He said he will be paid 4000RMB / month for his new job (<$500), plus housing. He showed me pictures of the room he will stay in, the outside of the school, and some sites around town. All the pictures were taken at wide-angel, so they looked bigger. They also didnâ€™t show street-level view (so you couldnâ€™t see the taxi-cab drivers smoking cigarettes I guess) I said you can make 10000RMB in Shanghai without breaking a sweat teaching English. John doesnâ€™t have a college degree. I said, thatâ€™s OK, make one up. He said, no, you donâ€™t understandâ€¦I donâ€™t have a highschool degree either. I said oh. Thatâ€™s OK, make one up. He said people will be able to tell. I said you need to teach well and live up to expectations, but you donâ€™t need pieces of paper to do that. Then he tells me he is Microsoft Certified Network Engineer, AND knows Linux. I said you can make 15000RMB/month by doing that. He said he doesnâ€™t speak Chinese. I said thatâ€™s OK, because foreign companies will trust you more than local Chinese people (because foreigners worry about their IT managers selling network passwords / planting spy-ware for competitors to read email). He didnâ€™t believe me. I decided that to stop trying to give him advice. I asked to see his train ticket to the city where his new job was. The city is called ChangChun. I asked the Chinese people next to us where that city is. They said it is the capital of Jilin Province. Thatâ€™s in the North, right? Yes, they said, and ChangChun is where a lot of cars are made in China, What they didnâ€™t have to say, but what we all understood, is that the city is backwards, cold in winter, filled with coal-dust, and Communist I apologized for being an ignorant foreigner who didnâ€™t know the provincial capitals, and that I canâ€™t name all the state capitals in the US. They understood and offered the usual â€œBut your Chinese is so great yadda yadda yaddaâ€ comment. I went back to John and said â€œDude, you are going to a great place! They eat dumplings, Special Hand-Made Noodles with Salty Miso Sause (Zhajia Mian), Cool tofu dishes, and lots of garlicy and spicy dishes!â€ So after this, we parted company. I got in a cab. I was going to go home but I wanted to eat out tonight. So I asked the driver if he new of any good Northeastern restaurants. He said yes. I said, thatâ€™s funny, because very few Suzhou people like Northeastern food (and most drivers are locals). He said he is from Changchun. So I took this as a sign of fate. I let him take me to a restaurant. On the way, I told him I met a peasant from America who was going to Changchun. The driver offered to give the American pointers, but I said it would not work because the guy does not listen very well and does not speak Chinese. And it was sort of like when Chinese peasants go to the cityâ€¦they seem sort of dumb because they donâ€™t understand some basic things. The driver said he understood perfectly, but wanted to know if there were many peasants in America like there are in China. To which I replied Of courseâ€¦how do you think Little Bush was elected? He took me to a big, expensive looking restaurant that specializes in mushroom hotpot and mushroom dishes. Which was not what I wanted. But they said they were a Northeastern food restaurant and can serve a variety of dishes. Zhajia Mian was not on the menu, but they said they could make it special for me. I said no, let me try your Three Flavor dumplings (mushroom, shrimp, and some fragrant vegetable), with some spicy fried spinach, and a bowl of rice. And a big cold bottle of QingDao. They fussed about me a lot. The waitress insisted on pouring beer / tea every 2 minutes. And then the chef came out, wearing what looked like pajamas. He sat at my table. I didnâ€™t know he was the chef and I gave him a â€œwho the fuck do you think you are?â€ look. He then told the waitress to give me a free bowl of mushroom soup.

I have to say, the soup was very good. Light tasting, but with flavor. He said the mushrooms in the soup curb addition, help people lose weight, and cure the common cold.

Next came the spinach. It was truly very spicy. I started to cough and my nose ran. But it was good.

The dumplings were pretty good. Not very strong taste â€“ could have used more shrimp- but they had the right texture. If you are not Jewish, I would advice getting the Three-Flavor MEAT dumplings that also have pork. Actually, Jewish people are not supposed to eat shrimp either. 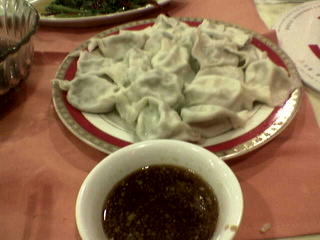 Overall, this was a good experience. I need to go back and try their hotpot, but I think I will wait till winter time for that. My meal of rice, dumplings, fried spicy spinach, and a free bowl of soup (and a big beer) cost 30RMB.

å°èƒŒå®˜ (I think that is the name…Xiao BeiGuan) located on Renmin (People’s )Road, #331 …next to Renmin bridge and near Xinshi (New City) Road

Sorry, the comment form is closed at this time. 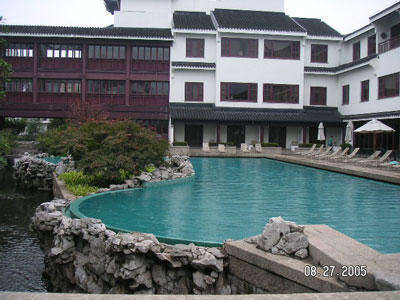 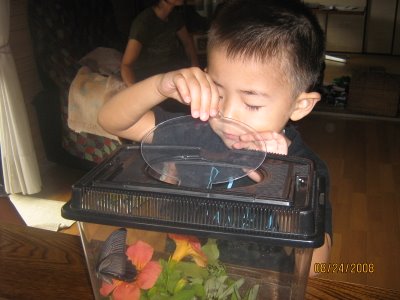 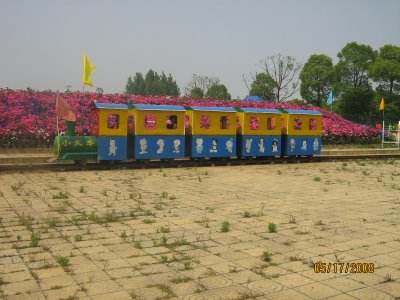 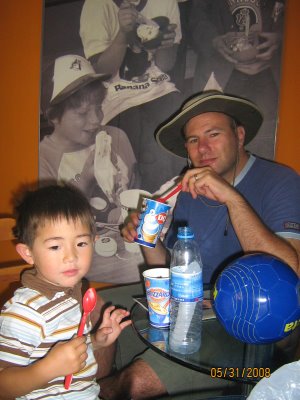 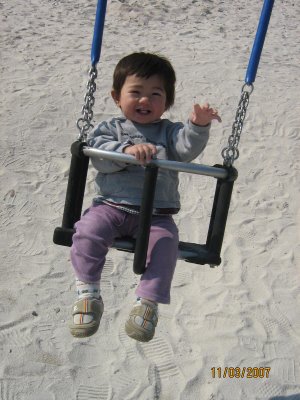 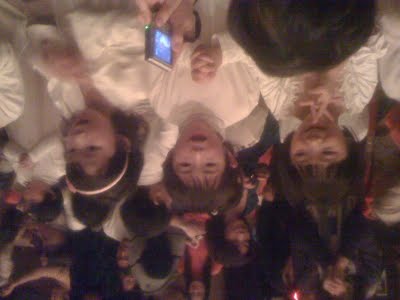 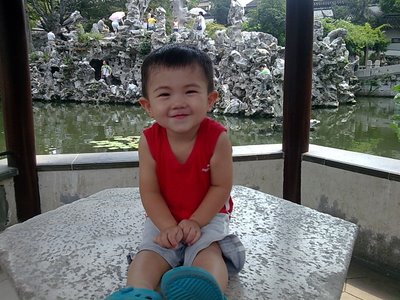